Washington State rule, WAC 246-100-197, says: An owner of a dog, cat, or ferret shall have it vaccinated against rabies and revaccinated following veterinary and vaccine manufacturer instructions. An "owner" is any person legally responsible for the care and actions of a pet animal. 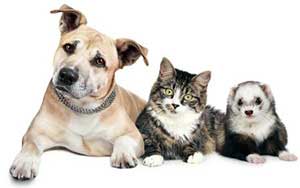 How common is rabies in Washington?

We have rabid bats in our state. People import animals from countries with dog rabies increasing the potential of bringing in rabid animals. Each year, about 400 to 600 animals are tested for rabies, mostly bats. We find rabid bats in Washington every year. The last reported case of rabies in an animal other than a bat in our state was in 2015. A cat developed rabies after catching a rabid bat. The last reported cases of people infected with rabies in Washington were in 1995 and 1997. See rabies activities in Washington.

If so few people get rabies, why do I have to vaccinate my pets?

Every year in Washington, hundreds of people must undergo the series of shots to prevent rabies, called post-exposure prophylaxis or PEP, because they are potentially exposed to the virus. If we control rabies in domestic animals, we can reduce the number of potential human rabies cases. Pets are more likely to contact wild animals, such as bats, that may have rabies. Vaccinating pets is one of the best ways to protect people and pets. By reducing the risk, fewer people will need costly, and stressful, rabies treatment shots.

Why must people receive shots after being exposed to a potentially rabid animal?

Rabies is deadly to people if untreated. We treat people with a series of rabies treatment shots. The shots can stop rabies if given soon after someone is exposed to the virus.

Wouldn't it just be easier to vaccinate people for rabies?

Preventing rabies from spreading in animals is the best way to protect people. Many wild animals can carry rabies. Fortunately, the only wild animals in Washington that currently carry rabies are bats. Vaccinating pets is an important part of making sure rabies does not become more widespread in other animals in our state. There is a rabies vaccine for people in high-risk occupations, like veterinarians and animal control officers, that is given before being exposed to a potentially rabid animal. It consists of three shots at a cost of about $200 per shot ($600 total). Rabies vaccines for animals cost $7-20 (average cost is $12). The first booster shot is needed after one year, and subsequent boosters typically every three years.

Will I be fined for not having my pets vaccinated?

There is no enforcement at the state level, however the intent of this new rule is to educate pet owners about the rabies vaccine and encourage them to protect their pets, themselves, and their families by vaccinating. Any enforcement would come from cities or counties. Some communities already require proof of rabies vaccination in order to get a pet license. Contact your city or county animal control office or local health department if you have other questions.

Why should I have my animals vaccinated?

My cat never goes outside, so why would I get a rabies vaccine?

We frequently get reports of bats, which can carry rabies, getting into houses. Cats can get rabies from playing with or killing a rabid bat. For information on how to "bat proof" your home.

Why are ferrets required to get rabies shots?

There is an effective vaccine developed for ferrets. Since bats sometimes get into houses, and ferrets often go outside with their owners, ferrets are just as much at risk for rabies infection as any other animal. They live in close contact with people and frequently escape from their owners.

Where can I get low-cost rabies vaccines?

This rule was created with the help of veterinary medical professionals. Many veterinarians have told us they will help people protect their pets and their communities with low-cost rabies vaccines. You can also contact private veterinarians, animal shelters, and animal organizations in your community who can suggest low-cost options.

Compendium of Animal Rabies Prevention and Control (PDF) - State rabies rule is based upon the national guidance.

Rabies Frequently Asked Questions - Rabies symptoms in people, how it is spread, what to do about animal bites, how to reduce your risk of exposure, and pre-and post-exposure vaccines for people.