Radiation and Your Health - Magnuson Park

Radiation is energy given off by atoms and is present in nature all around us. Everyone is exposed to radiation every day from natural sources in soil or from the sun, and you may be exposed from man-made sources like medical X-rays and smoke detectors. You cannot see, smell or taste radiation.

We are exposed to natural radiation every day. Man-made radiation is an important part of modern life when properly controlled. But uncontrolled radiation can be dangerous. Also some types of radioactive materials are more dangerous to people than other types. So, it's important to carefully manage radiation and radioactive substances to protect health and the environment. This includes finding and cleaning up areas where radiation was used in the past in order to protect people today and in the future.

How was the radiation found and measured at Magnuson Park?

At Magnuson Park, the Navy tested the area for possible contamination after reviewing historical drawings that showed a “radium room” and an “instrument room” were in use in two buildings from the mid-1940s to early 1950s. Radiation “dose” – or how much someone could receive from a radiation source – is measured with special equipment. The Rem is a unit that measures what effect radiation has on tissue. Radiation is used at different levels to do things like see the structure of a bone or – at higher levels – kill cancer cells. Dose is often shown as millirem or mrem, which is 1/1,000th of a rem: 1,000 mrem equals 1 rem. Dose can also be measured as microrem or microR, which is 1/1,000,000 of a rem. Environmental dose is measured in microR. We use mrem to measure dose to people working with, or around, radioactive materials.

What about the radiation that's been found at Magnuson Park?

Radiation from earlier airplane instrument repair work by the Navy has been detected above the level that federal law requires cleanup. We believe that people have no risk of health problems from this level of radiation mainly because the public has no access to contaminated areas. These areas still need to be cleaned up because we don't know how this property might be used in the future.

In April 2013, both the Navy and the Washington State Department of Health tested areas of Building 2, Building 27 – now Arena Sports – and the south shed behind Building 27 for radon, a gas that can result from radium. Test results found no radon gas in any public areas of the building. 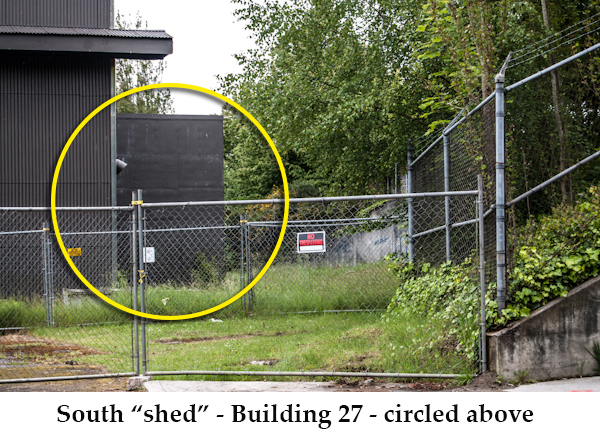 Have City of Seattle employees been exposed to the contamination?

Are there tests that can tell if I have been exposed to radiological contamination?

There are lab tests that can show if you have been exposed to high levels of radiological contamination. However, those tests won't work for the levels that have been found at Magnuson Park because those levels are too low to be detected. 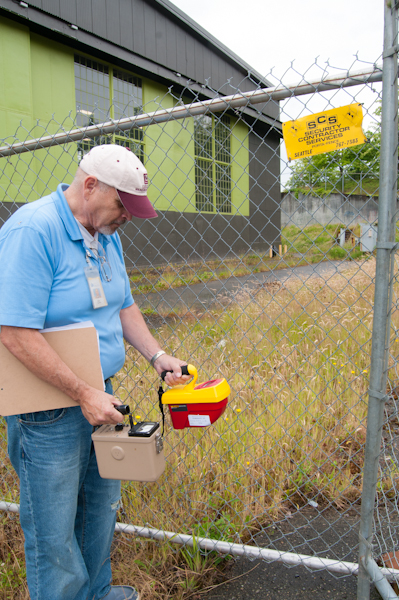 How bad is the contamination?

The Navy found radiological contamination in and around Building 2 and the south shed behind Building 27. Contaminated areas in the buildings are secured and not open to the public. The Navy's cleanup plan is under review by the state Departments of Health and Ecology. The Navy and the Department of Health both tested several areas within the Arena Sports area for radon. Radon is formed when radium turns into a gas in the air. We found no radon in Building 27-Arena Sports. In June 2013, the Department of Health conducted radiological surveys at several locations around Buildings 27. We also surveyed at several locations in the surrounding neighborhood. We found readings that are similar to what we call "background" radiation that is naturally present in western Washington.

How many people will get cancer from radiation at Magnuson Park?

We think it is unlikely that anyone will get cancer from being exposed to radiological contamination found at Magnuson Park. During the cleanup, the Navy will test the air and soil to make sure contaminated dust is not released. The Department of Health will continuously test air quality inside and outside the buildings to ensure the public is protected.

I play on the soccer field and already have health problems - could these be caused by the contamination?

We think it's unlikely that radiation could cause any health problems because no contamination has been found in public areas of buildings 2 and 27.

I use the Arena Sports facility. Am I at risk from this contamination?

What are the Federal and State guidelines for the cleanup of the radiological contamination?

U.S. Environmental Protection Agency guidelines call for cleanup for any site where tests show radioactivity higher than 15 mrem per year. State Department of Health guidelines call for cleanup at or above 25 mrem per year. There is no other state guideline for radiation cleanup. The Department of Health tested several outdoor areas at Magnuson Park in April 2013 and found levels that were in the range of 4-10 microrem, which is the same as background levels of radiation found anywhere in Seattle. A microrem is an even smaller amount: 1/1,000,000th of a rem.

For comparison purposes, radioactivity is present in our bodies at about 29 mrem per year. Getting a chest X-ray gives us 10 mrem per X-ray. A dental X-ray is 1 mrem per X-ray. Even flying in an airplane exposes us to 0.3 mrem per hour. We're also exposed to radiation from space, including the sun.

Will the radiological contractors get tested?

What will happen to contaminated materials after they're removed?

Contaminated materials will be classified as low-level radioactive waste, placed in specially lined containers that are sealed according to Department of Transportation regulations and loaded into trucks for transport to a licensed disposal facility. There are licensed facilities in Richland, WA, and in Idaho.

If I have other health questions, who can I call?

For answers to your questions about radiation and your health, you can call the Washington State Department of Health's toll-free Consumer Information Line at 800-525-0127.