While many overdoses are caused by opioids, other drugs can cause overdose, such as stimulants (like methamphetamine and cocaine), benzodiazepines, and alcohol. In addition, polydrug overdose (overdose that occurs when more than one drug is in the system) is common.

Opioids are a type of drug that can be prescribed by health care providers to reduce pain. Some opioids, like heroin, are made from natural substances. Other opioids, like fentanyl, are synthetic, substances that are made in a laboratory.

Synthetic opioids have driven a spike in overdoses. Most cases of opioid overdose and death are now linked to fentanyl. There are two types of fentanyl:

Most recent cases of fentanyl-related overdose are linked to illicitly manufactured fentanyl, which is distributed through illegal drug markets for its heroin-like effect. It is often added to other drugs including stimulants (like meth or cocaine) and benzodiazepines because of its strength, which makes drugs cheaper and more powerful. Unfortunately, this strength also increases the risk of overdose.

Stimulants speed up the body’s systems and may be prescribed by health care providers to treat conditions such as attention deficit hyperactivity disorder. Illicit stimulants are drugs like methamphetamine and cocaine.

For individuals, families, and communities

You can take a variety of steps to prevent overdose and drug misuse:

Learn how to respond to an opioid overdose

It is important to understand the signs of opioid overdose and how to help. If you see someone who might be experiencing a drug overdose:

Naloxone is a medication used to temporarily reverse the effects of opioid overdose. In Washington state, people who might have or witness an opioid overdose can administer naloxone.

Learn how to respond to a stimulant overdose

Methamphetamine or cocaine overdose, sometimes referred to as overamping, can include heat stroke, heart attacks, strokes, or not breathing. Signs may include trouble waking up, blue or gray lips or fingernails, no or reduced breathing.

If you see or feel any of these signs, call 911 right away.

Reducing your risk of overdose

Get naloxone and make sure people in your group know how to use it.

Learn about other steps you can take to reduce your risk of overdose. 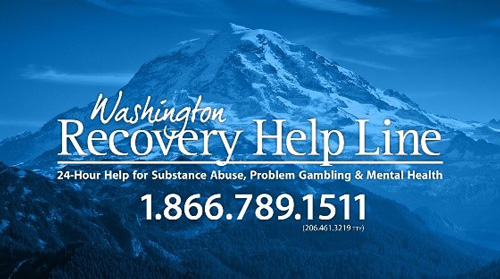