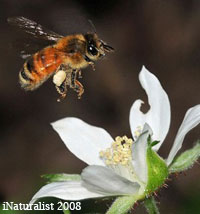 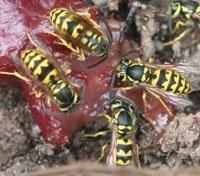 Like bees, wasps will sting in defense of its colony or itself. In late summer and fall, yellowjackets become aggressive scavengers, sometimes stinging without being provoked. The wasp's stinger has small barbs which do not embed in the skin. Wasps can sting repeatedly, and will often do so if threatened or protecting their nest.