The Annas Bay Shellfish Protection District is bordered on the west by Hwy 101 and runs south from Potlatch State Park to Brockdale Road; it then follows the ridgeline north to Union. It includes the lower Skokomish watershed, but does not include entirety of the watershed. The Annas Bay SPD lies adjacent to the Lower Hood Canal Shellfish Protection District, which includes all of Hood Canal located east of Annas Bay to the terminous at Belfair.

Name: Seth Book (Mason County Public Health was the lead agency but Seth can be contacted for background information)

300 acres of shellfish beds were downgraded from Approved to Prohibited.

June 30, 2008. 300 acres shellfish beds were upgraded from Prohibited to Approved.

County provided approximately $35,585 as matching funds for the grant 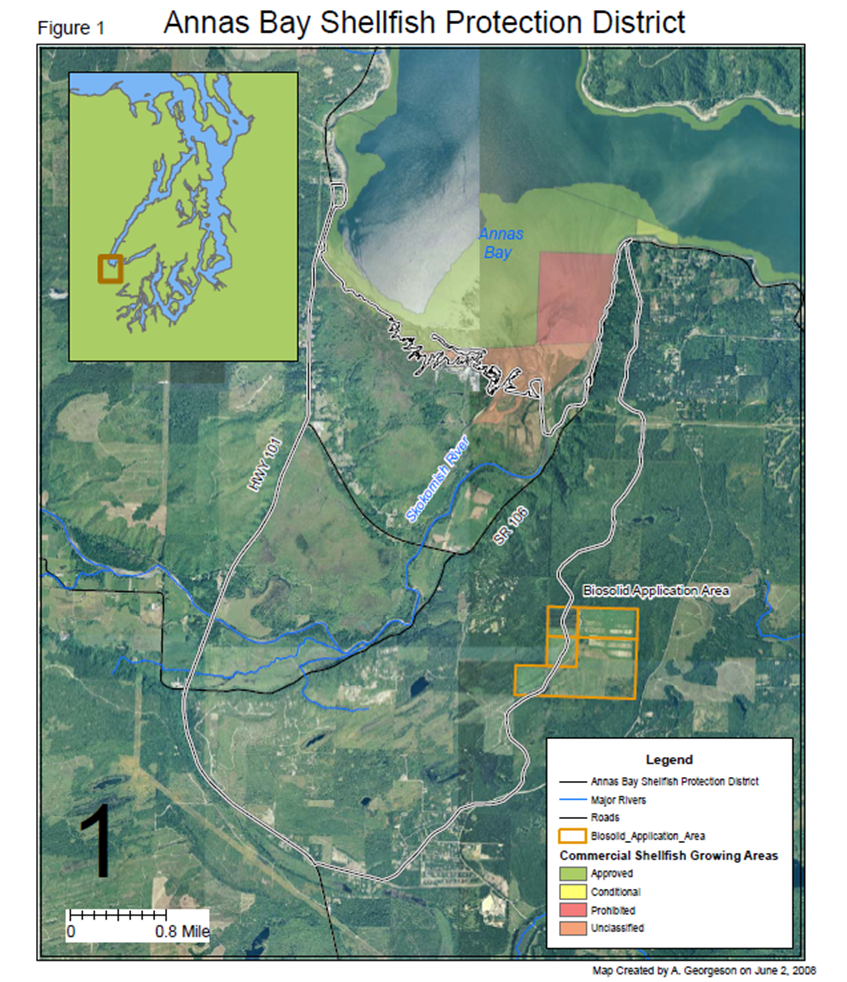